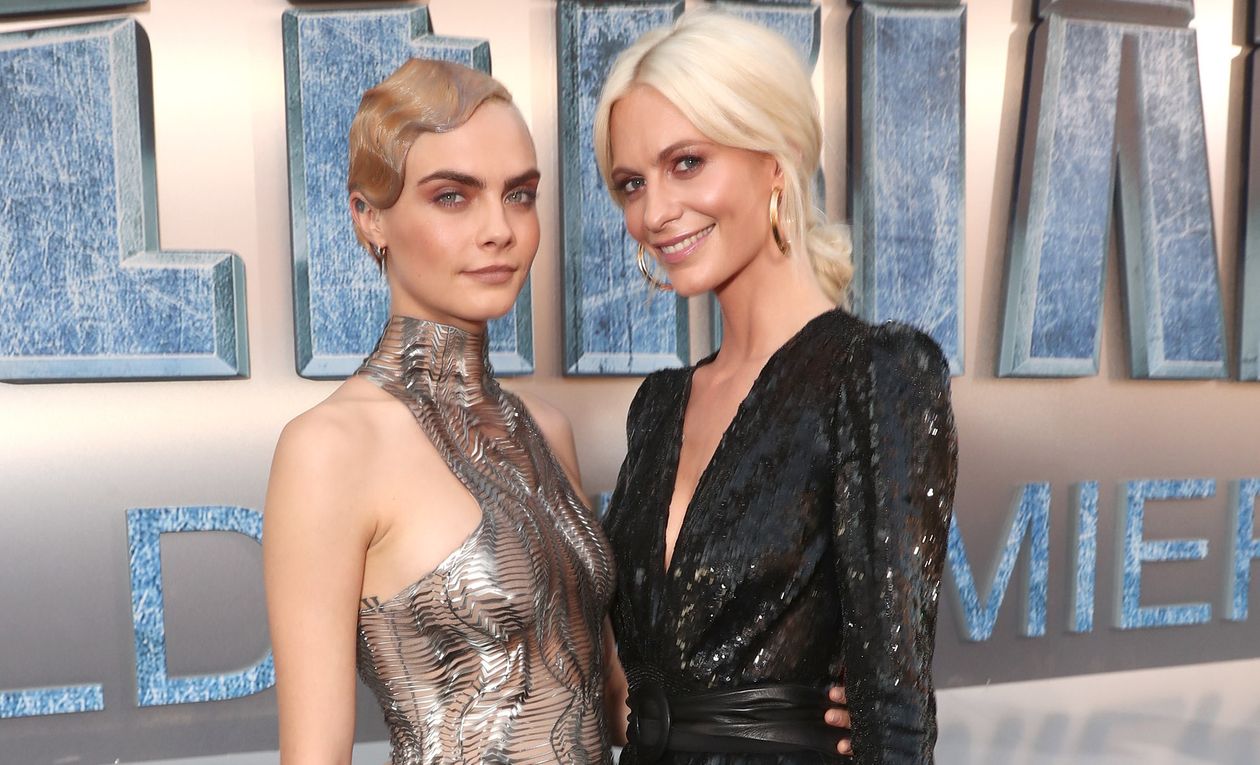 The two-story 1950s pile in Hollywood Hills, nestled under a canopy of vines and other foliage, hit the market last week, according to listing sites. The sisters and London natives have owned the house for nearly four years, during which they put it through a series of whimsical updates.

The redesign, an explosion of tropical Bohemia, was the subject of a 2019 Architectural Digest profile , in which the Delevingnes talked about creating their “dream sister house.”

Aesthetically, little has changed since then. Listing images show a modest, white-washed stucco house that belies the explosion of color awaiting inside. The levity peaks right at the entryway, where a small hallway leads into a dining room lacquered, ceiling and all, in glossy emerald paint and lorded over by a rattan monkey chandelier.

The eye quickly gets a reprieve, however, in the monochrome, sparkling white kitchen just beyond the dining room.

The house has four bedrooms, each touched in one way or another with the sisters’ lighthearted design flair. It ranges from tropical wallpaper featuring hand-painted toucans and macaques to a clash of geometric patterns in a darker, Art Deco-themed bedroom, according to images from the listing with agent Ann Eysenring of The Agency. Ms. Eysenring could not immediately be reached for comment. The home is nestled in a canopy of foliage. There’s also a bar with more tropical themes and a bonus room that could be used as a recording studio, according to the listing.

Outside, a wraparound balcony on the second floor overlooks the walk-out pool area, which includes a spa, fire pit and barbecue. Another, more secluded outdoor dining area is tucked away at the edge of the steeply sloping property line under the shade of trees.

Cara, 28, a model-turned-actress who starred in the 2015 romance “Paper Towns,” and Poppy, 34, also a model, bought the house from Cara’s “Suicide Squad” co-star Jared Leto in 2017 for a hair above $2 million, Mansion Global reported at the time .

It’s not clear why the Delevingnes have decided to part with their shared pied-à-terre. A publicist could not immediately be reached for comment.

Whatever the reason, it’s not a bad time to sell an entry-level luxury home in Los Angeles. The city has seen housing activity and prices increase in the wake of the pandemic, as affluent home buyers reassess their lifestyles and look for larger homes to work and school remotely.

In January, homes in Los Angeles County between $2 million and $4.99 million recorded the biggest spike in activity of any price segment, as deals in that range soared 73% compared with January 2020, according to a report last week from Douglas Elliman and appraisal firm Miller Samuel.

Meanwhile, the median listing price in greater Los Angeles hit $1.15 million in January, a 22% increase from a year ago, according to the latest stats from […]