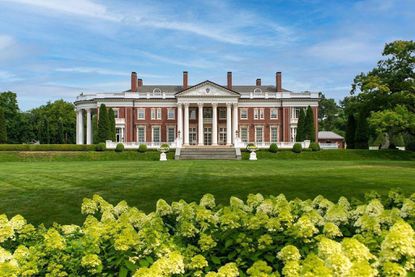 With an estimated $7.1 billion net worth, according to Forbes magazine, J. Christopher Reyes, the co-chairman of privately held Rosemont-based beer and food distribution firm Reyes Holdings, is ranked as the 128th richest American, according to the magazine. Reyes and his wife long have had a home on a large parcel in east Lake Forest, and they also own a 9,000-square-foot-plus mansion on the Atlantic Ocean in Hobe Sound, Fla.

Walworth County deed records show that the Reyeses bought the 12-bedroom Lake Geneva mansion on Jan. 14 through an opaque Delaware limited liability company. Multiple sources also confirmed that they are behind the purchase.

The sale made headlines both for the Driehaus estate’s $39.25 million asking price and also for the fact that it went under contract in less than three weeks and then sold for a Wisconsin state record $36 million.

Known until recently as Glanworth Gardens but originally called Wadsworth Hall, the Lake Geneva mansion, on Snake Road, is steeped in history. It was built in 1906 for noted banker and philanthropist Norman Wait Harris — also known as N.W. Harris—who was the namesake of the predecessor firm to Harris Bank. Harris named it Wadsworth Hall after his mother’s family. The mansion’s architect was the Shepley, Rutan & Coolidge firm, which among other structures designed the Cantigny mansion west of Wheaton for one-time Tribune co-owner Joseph Medill. The estate has an original landscape plan by Frederick Law Olmsted, and the property has 621 feet of lake frontage.

Harris died in 1916, and his estate sold the mansion around 1920 to Yellow Taxi Cab Company founder Walden W. Shaw, who renamed the mansion The Stenning after his ancestral home in England. The estate later was owned by Shaw’s son-in-law, Daniel F. Peterkin, who was the president of the Morton Salt Company, and then by Peterkin’s son, who also had been president of Morton Salt.

Driehaus bought the mansion from Peterkin’s heirs for $4.83 million in 1998, renamed it Glanworth Gardens and began throwing annual theme parties to which he invited about 600 people. The parties were capped by fireworks displays and attended by major stars, including Jay Leno and the Beach Boys. 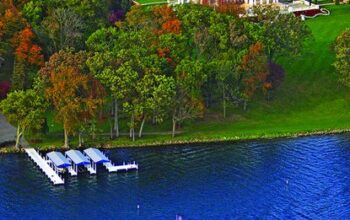 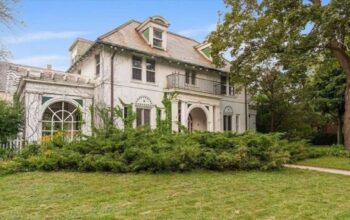 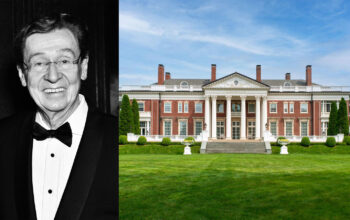 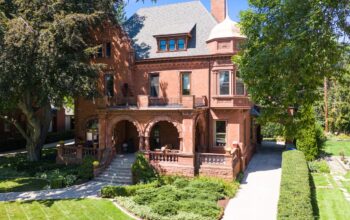