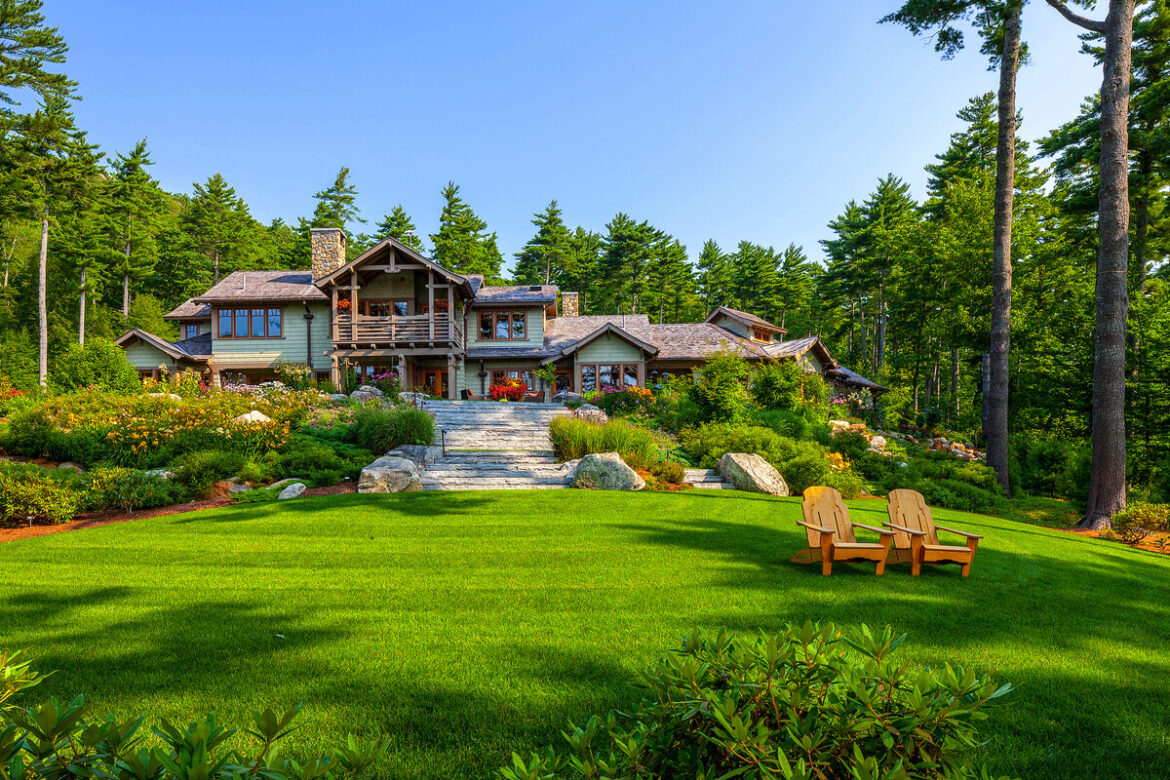 This $8.5 million Arts and Crafts-style bungalow in Camden sits on 18 acres of land. A house and guest cottage on 18 acres in Camden described by architects in somewhat humble terms as an “ultimate bungalow” is among Maine’s highest-priced properties for sale now at $8.5 million.

Homes priced at $1 million or more have been an integral part of Maine’s record high real estate market, with the luxury homeseller Sotheby’s, the real estate agency for the Camden bungalow, reporting that sales were up 45 percent in 2021 from the number sold the previous year. While those are a small portion of the overall market, they are attracting more out-of-state buyers paying cash and using them as second homes. The dining room in the Camden bungalow features the woodwork, stone and stained glass typical of the Gamble House Arts and Crafts-style bungalow after which it was modeled. Credit: Courtesy of Brian Vanden Brink The Camden bungalow was built by Joseph “Dyke” Messler Jr., the great-grandson of the founding Gambles of Procter & Gamble, and modeled after the Arts and Crafts-style Gamble House built by his great-grandparents in Pasadena, California, that is a National Historic Landmark and museum. Messler built the Maine bungalow, which embraces handcrafted design elements, in 2012.

The bungalow, tucked on the side of Mount Battie, contains a three-bedroom house and a one-bedroom guest cottage, a vanishing-edge swimming pool with a pebbled surface, a hot tub, sauna, home theater, geothermal heat and a fitness center.

The home gained attention when it was listed for $9.7 million in 2016, and it has been on and off the market since then. The Wall Street Journal called it the priciest property in Maine at that time, when Messler said he was planning to downsize because he spends most of the year in South Carolina.

While the home overlooks Penobscot Bay, it is a short walking distance from the coast. That lack of frontage may be one reason that it hasn’t sold yet, agent Brian Wickenden, senior vice president and managing broker at Legacy Properties Sotheby’s International Realty in Camden, said.

“At the high end price points, buyers want to be on the water,” he said. “This is up high, and has great views of the water.” Bungalow owner Joseph ‘Dyke’ Messler Jr. brought in 5,000 trees, plants and shrubs to create a private feel. Credit: Courtesy of Brian Vanden Brink One downside may be the $90,500 in annual property taxes, although Wickenden said that would not deter the kind of buyers who could afford the bungalow. He said anyone buying it will get a deal because Messler invested far more to build its unique stone, stained glass and other features. He also brought in more than 5,000 trees, plants and shrubs.

“A lot of the newer construction looks the same, but this would be good for a person who wants something unique,” he said.

Lake Tahoe mansion listed for $60 million, would break price record for the area 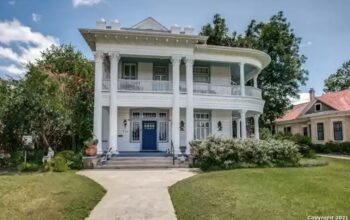 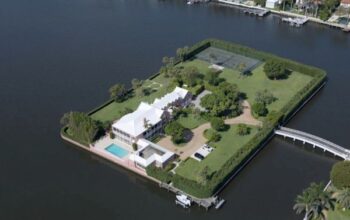