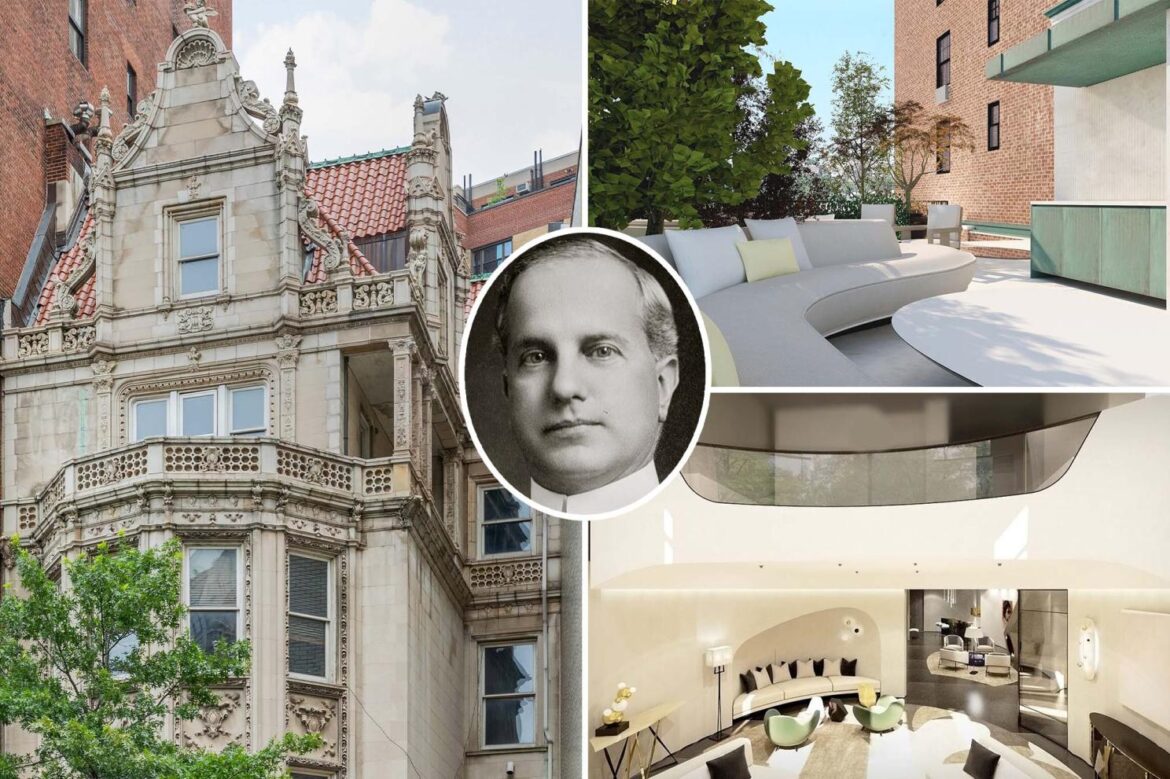 Manse-y pants: Mogul William Guggenheim was one of a few interesting characters to have inhabited 3 Riverside Drive. An Upper West Side mansion with some unusual owners is back on the market for $16 million — following a $9 million price slash .

The landmarked limestone lair at 3 Riverside Drive comes with elaborate gargoyles and cherubs carved into its limestone façade.

The home was built in 1895 in the French Renaissance Revival style, and designed by C. P. H. Gilbert, the architect of the property that later became today’s Jewish Museum on the Upper East Side.

Over the years, it has been home to New York mogul William Guggenheim as well as to Regina Kislin, the daughter of Ukrainian-born metals trader Sam Kislin, a former member of the New York City Economic Development Board.

The current sellers bought it at auction in 2017 for $15.8 million. The mansion can accommodate up to nine bedrooms. The high-ceilinged home sports some 19,000 square feet. The Riverside Drive manor has 11 bathrooms, all of them fancy. At 37 feet wide, the five-story, roughly 19,000-square-foot mansion can accommodate nine bedrooms, 11 bathrooms and city-approved plans by Italian architect Achille Salvagni to complete a renovation of the gutted interior that could include a “half-Olympic-sized” marble pool, a stadium-style movie theater, a rooftop terrace, radiant heating throughout, an onyx-walled hot tub and bulletproof windows.

The home boasts four other terraces, with views from Riverside Park to the Hudson River. Ceilings range from 10 to 24 feet high. 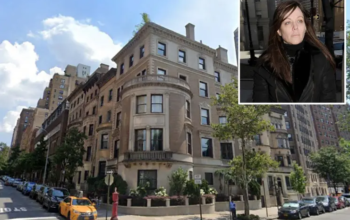 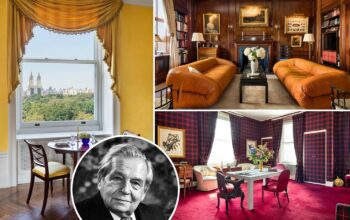