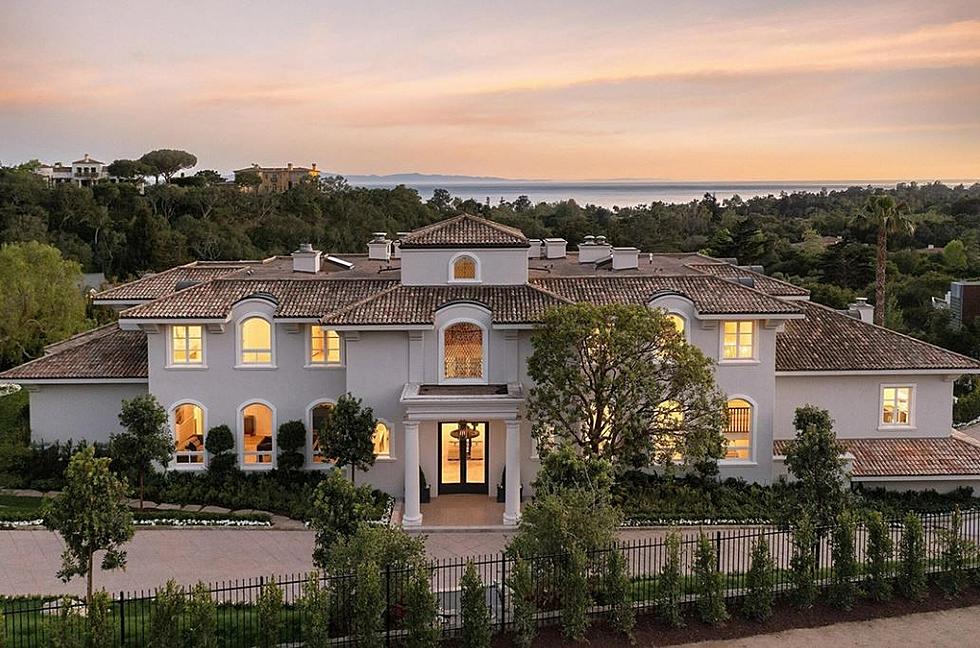 Cameron Diaz and Benji Madden just purchased a $12.6 million Mansion in Montecito, Calif., with ocean views. Their new 11,000-square-foot home has a movie theater, spa and a whole lot more inside.

The home was built in 200 and has plenty of room for the whole family with its six bedrooms and 10 bathrooms, including a master suite with an ocean-view terrace and two massive walk-in closets.

Diaz and Madden’s $12.6 million mansion has a pool, raised bed gardens and guest house in the backyard.

The former actress and Good Charlotte guitarist/vocalist have been together for seven years. They welcomed their daughter, Raddix, in 2019. The couple’s new mansion in Montecito is a three-story villa that sits on nearly two acres. Inside Cameron Diaz and Benji Madden Montecito Mansion

Take a tour of the celebrity couple’s new $12 million home in Montecito, Calif. Redfin via Dirt Cameron & Benji Have Been Together Since 2014

Cameron Diaz and Benji Madden met in 2014, through Benji’s brother Joel and his wife Nicole Richie. They got married in 2015 and then had their daughter, Raddix, in 2019. Redfin via Dirt Inside the home, you can find an adjoining pair of living rooms, each with its own fireplace, according to Dirt . Mansion Has Multiple Ocean-View Terraces

The kitchen features tons of windows and a big butler’s pantry. Cameron shared a few different recipes on her Instagram and we wonder if she’ll make buffalo cauliflower wings or veggie nori rolls here. Three-Story Villa Has Six Bedrooms & 10 Bathrooms

There are six bedrooms and 10 bathrooms inside the celebrity couple’s new three-story villa. Seven bathrooms are full bathrooms while the remaining three are half bathrooms.

According to Dirt , in addition to this $12.67 million Montecito mansion, the couple also owns three homes in Los Angeles and a condo in Manhattan. Inside Mariah Carey $5.6 Million Atlanta Mansion

Carey isn’t the only celebrity who has lived in this Atlanta mansion. Dwayne “The Rock” Johnson rented it while filming Black Adam , and actually ripped the front gate out of the ground when it stopped working due to a power outage and then posted the proof on his Instagram .

Here’s a shot of Carey’s “massive kitchen with premium culinary equipment and acres of white marble,” according to Dirt . We can picture her cooking up a Christmas feast here since she is planning to release a Christmas cookbook one day.According to Dirt , some of the changes she’s made to her Georgia home include removing traditional wallpaper and adding a pink chandelier and a giant tufted velvet headboard to her bedroom. 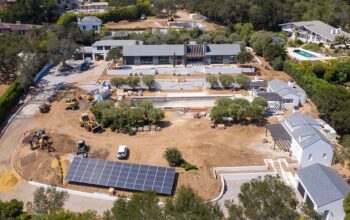 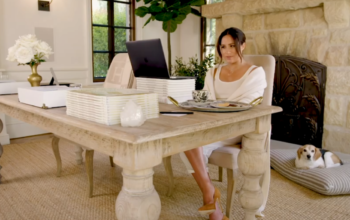 Meghan Markle’s Home Office Tour: How She Decorated Her Workplace in Montecito Mansion 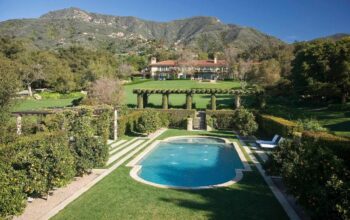