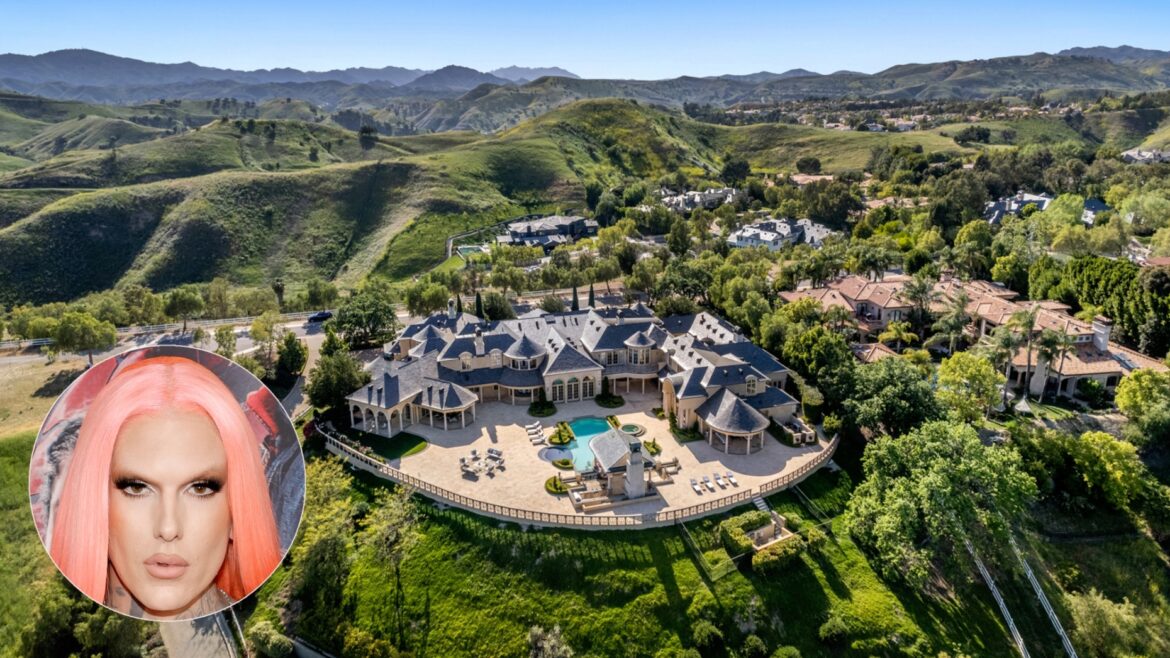 The seven-bedroom, 19,549-square-foot spread with 13 bathrooms, a basement speakeasy bar and a two-story gym is now up for grabs at $15.5 million.

That’s about 6% above the $14.58 million the CEO of Jeffree Star Cosmetics paid for the house in December 2019.

Sited at the end of a cul-de-sac in the equestrian enclave’s exclusive Ashley Ridge section, it shares a nearly 3-acre lot with two guest houses, a 10-car garage and a barn accessed by a separate driveway.

The main house exudes luxury from the moment it opens on the grand entry with its imperial staircase. Its living space boasts rich wall coverings, chandeliers and ceiling treatments.

A glass elevator leads to the primary suite’s multiple rooms, two bathrooms and two closets. One of those closets has a bank vault door. The suite also offers direct access to the gym, which has changing rooms, a hot tub and a sauna.

Two offices add to the amenities.

Outside, there’s a swimming pool with a spa, two cabana areas, a fire pit and two barbecue centers.

Aaron Kirman of Aaron Kirman Group at Compass has the listing .When the property first hit the market in June 2021, Star took to social media, citing the death of his beloved Pomeranian and the breakup with boyfriend Nathan Schwandt among his reasons for selling. “It’s just not for me anymore,” he said. “It’s time to move on, it’s time to grow, and I don’t think I can do it here.” Star planned to leave the West Coast for Wyoming to focus on his mental health. In December 2020, Dirt.com reported he bought a 70-acre ranch that had been listed for $1.1 million. There’s a Facebook page dedicated to Star Yak Ranch where he posts photos of his Tibetan yak herd. 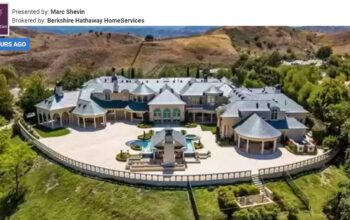