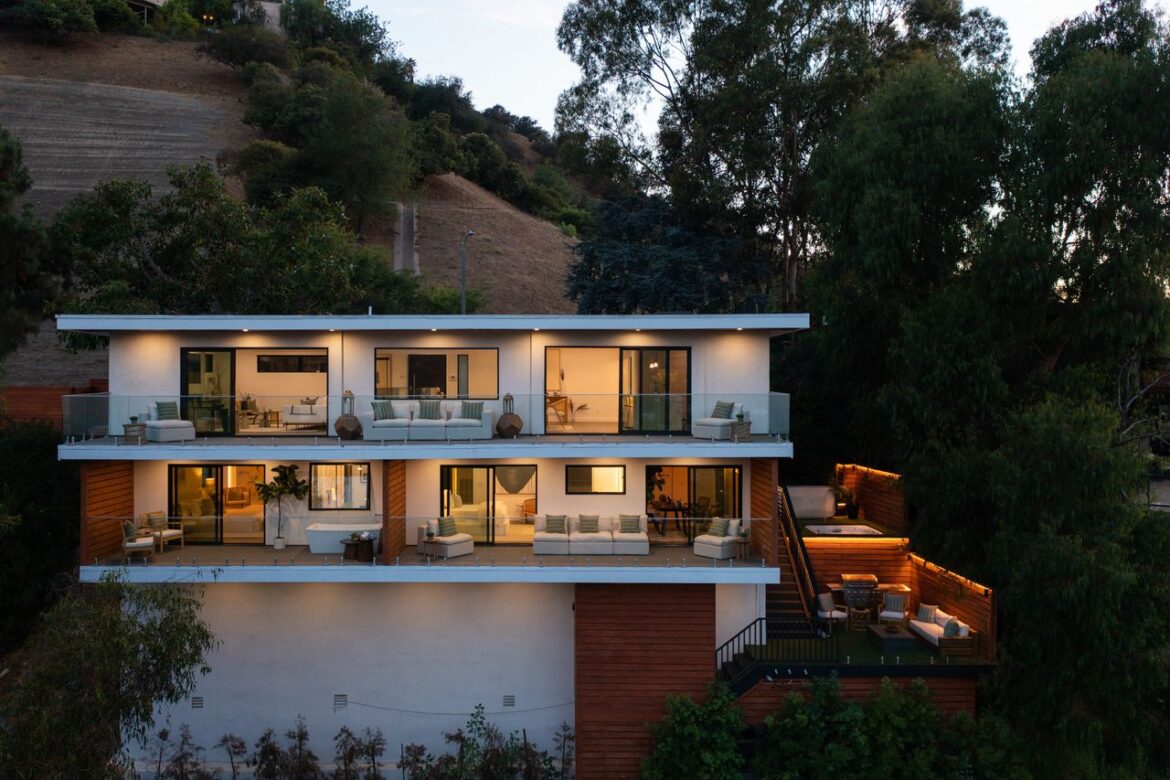 “I loved the peace and quiet when sitting on the balcony in the evening after a long day at the studio,” Mr. Bell said in an email. “It felt like I truly left L.A., as you can hear all the sounds of nature and look out into the canyon.”

Mr. Bell, 39, has worked with the likes of Post Malone, Halsey and Justin Beiber and has eight No. 1 hits to his credit, the most recent being Mr. Bieber’s “Peaches.” He has been nominated for a dozen Grammy Awards and was iHeartRadio Music Awards’ songwriter of the year in 2020.

The musician bought the home—which offers three en-suite bedrooms, plus two powder rooms—in January 2019 for $2.75 million, according to records with PropertyShark.

“The magic that we were able to capture working in my home studio was amazing,” Mr. Bell said. “It allowed me to work on my craft at home, which is something that I was super grateful to have during Covid.” The music studio has a lounge, bar and nine-person theater. Below the house and with a separate entrance, the musician produced several Grammy-nominated songs in the studio, according to the listing with Mark Rutstein and Charles Black of Compass. Also known as the Willow, the space also has a mirrored bar and seating area with forest green walls, plus a nine-seat theater.

“It’s really stunning,” Mr. Black said. “Attention to detail is what Louis Bell is known for in the music business, and that extends to the house.”

Other features include an open floor plan that combines the living and dining areas with a chef’s kitchen that has ​​Carrara marble counters, according to the listing. It leads to a large deck and there’s white oak flooring throughout.

The bedrooms are on the lower level, one of which is currently being used as an office. The primary bedroom suite has a balcony, a fireplace and an outdoor bathtub with canyon views, said the listing. Outside, there’s a hot tub and a full kitchen with dining space. 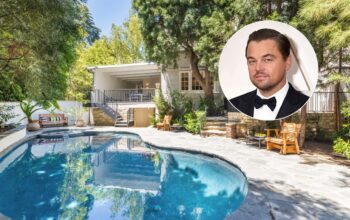 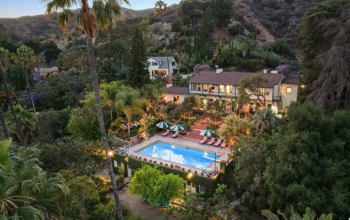 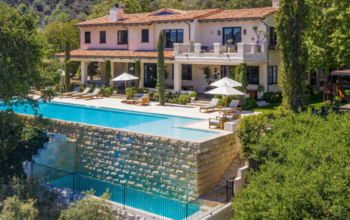 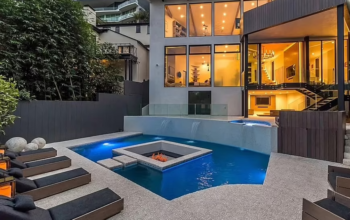