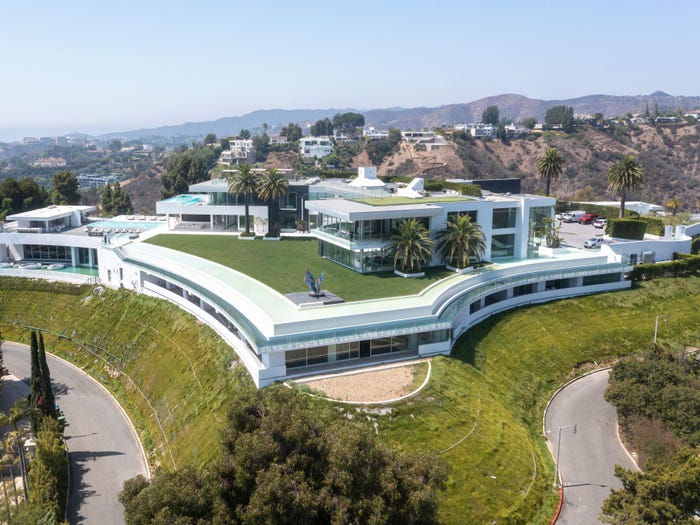 The One Bel Air is a 105,000-square-foot megamansion said to be the biggest modern home in the US.

It was once marketed for $500 million but now has a $225 million asking price, the LA Times reports.

A sprawling megamansion in Los Angeles is believed to be the biggest modern home in the US.

Known as The One Bel Air, the property comes from film producer-turned-real estate developer Nile Niami, who initially hoped to sell it for a whopping $500 million, which would have made it one of the most expensive homes in the world.

It comes with 21 bedrooms and 42 bathrooms, according to Architectural Digest . It also sports amenities like a 10,000-bottle wine cellar, a 50-car garage, 50-person movie theater, nightclub, cigar room, sky deck, putting green, salon, bowling alley, and more, according to The Los Angeles Times .

After its owner defaulted on more than $100 million in loans and debt , The One is now in a court-ordered receivership. The mansion’s initial asking price has been halved, and it’s now selling for $225 million, the LA Times reports.

Here’s a look inside the enormous mansion : At 105,000 square feet, the mansion is believed to be the biggest modern home in the US, according to the Los Angeles Times. 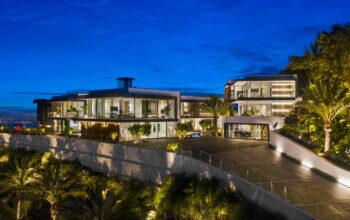 After a dramatic seven-year renovation, an $87 million mansion hits the market in Bel-Air 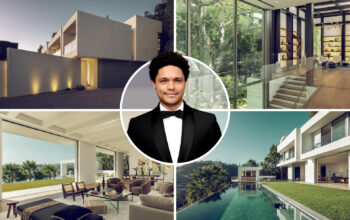