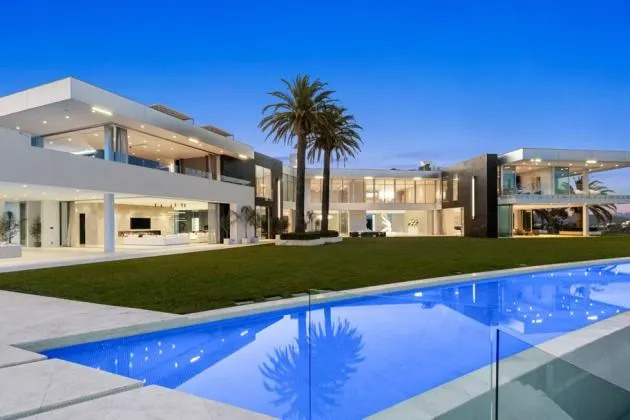 One of the world’s largest homes is set to hit the auction block in early February, amid bankruptcy proceedings, asking $295 million. Known since its inception by colorful and controversial developer Nile Niami simply as “The One,” the monstrous and still-incomplete Los Angeles structure is 10 years in the making and was originally expected to list for around $500 million .

Should the place get anywhere near the discounted ask, it will easily rank as the most expensive home ever sold at auction, well ahead of the storied Hearst Estate (now known as the Beverly House), which was auctioned off in September for $63.1 million.

Per Aaron Kirman of Compass, who is co-listing the property with Branden Williams and Rayni Williams of The Beverly Hills Estates, The One was created for today’s billionaire seeking a one-of-a-kind asset. “When it sells, it will be the most significant purchase in the world,” Kirman said in a statement. “While in 2021, digital properties like NFTs grabbed headlines for monumental one-of-kind-sales, 2022 brings us back to the physical world with The One — a real estate property unmatched in size, scale, safety and triumphant design.”

Niami first purchased the 8-acre promontory where “The One” now stands in 2012 for $28 million from Rita Kogan , the late video game heiress and daughter of “Space Invaders” creator Michael Kogan. He went on to raze the existing midcentury modern mansion and then spend many tens of millions more to bring his extravagant contemporary spec house to fruition over the next eight years in collaboration with architect Paul McClean . As of today, it’s still unfinished. In addition to the hefty sale price, the buyer will also need to cough up millions more — and likely spend months mired in construction — just to make the shopping mall-sized compound livable.

Over the years, Niami borrowed many tens of millions to finance the grandiose project. With more than $165 million in defaulted loans and debts now racked up, The One has finally been placed into receivership by the Los Angeles County Superior Court — in an attempt to get Niami’s creditors paid. (For his part, Niami has hatched a unique crypto plan to save the colossal house from auction.) 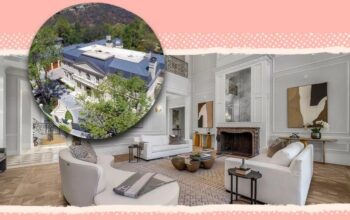 On again, off again, down again for Bel-Air mansion

Billionaires Only: Bidding to Open for LA Mega-Mansion ‘The One’