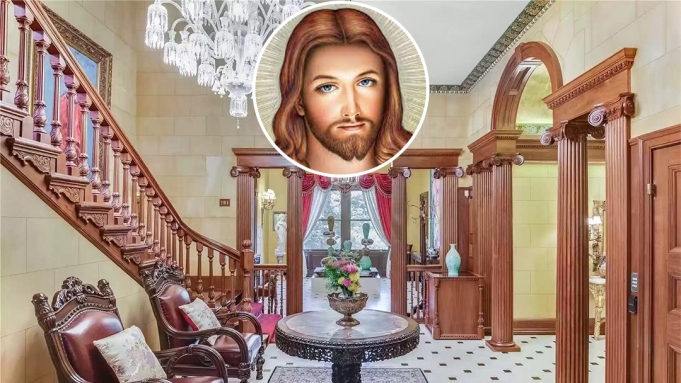 The Chapel Hill Mansion, as it is known, was designed and built in the 1920s for one very special resident, Jesus Christ, and the flamboyant 15,000-square-foot edifice is now available for purchase by a mere mortal, albeit one who can swing the $7.9 million asking price.

Set on 2.5 acres, the house was built on the highest point in New York City by the devoutly religious Griscom family, who evidently believed that when Jesus returned to earth, he’d choose to live in the Bronx. Mrs. Griscom was a member of a religious order called the Outer Court of the Order of the Living Christ, which attempted to fuse theosophy, an occult religion founded in the late 19th century, with Christian beliefs.

The wealthy Griscoms accordingly used all the best materials possible for the earthly home of the Prince of Peace: genuine Tiffany windows; limestone walls; marble floors similar to those in the Vatican; six hand-carved marble fireplaces; and marble bathrooms for washing lepers’ feet. There was even a pipe organ. All the woodwork is imported French walnut and artisans from the Plaza Hotel spent four years gold- and silver-leafing the millwork. The chandeliers were acquired from the Plaza, while ceiling frescoes or stained glass decorate other ceilings.

There are 17 rooms in all, with 7 bedrooms and 5.5 bathrooms. There’s a library, a cocktail lounge with wet bar, a home gym and a home theater for watching the big game with the Light of the World. Other highlights include a walk-in freezer, a built-in sound system, a water treatment system and a whole-house generator. There is also a large conservatory. The King of Kings will probably be glad to learn that the conservatory now includes a hot tub, for relaxing in after a hard day of Last Judgment.

After Mrs. Griscom died in 1958, aged 90, the property was sold to a developer for $70,000. Over the next decades, plans were made for the development of the site, but none came to fruition. In 1969 Manhattan College bought the place with plans to build dormitories but never did, according to the New-York Historical Society . The College then sold five acres of the land, which included the then boarded up mansion, to another developer.

Eventually, the current 2.5 acres and the house were sold to a couple who restored it as a labor of love. They put the place on the market in 2013 for $13.4 million but it didn’t sell until January 2017, for $6.25 million. Now it’s back asking $7.9 million. Michelle Zhao with Berkshire Hathaway HomeServices has the listing.

Admittedly, it’s not an easy sale and prospective buyers might want to ask themselves some important questions. For example, if the Prince of Peace decides to return and live in the Bronx, should the mortal owner move out? On the other hand, having the Messiah as a roommate could mean the wine cellar would stay stocked for free. 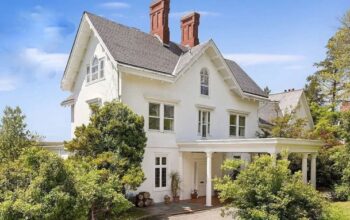 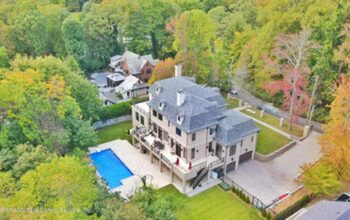 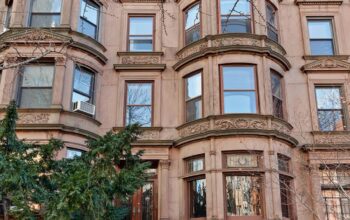