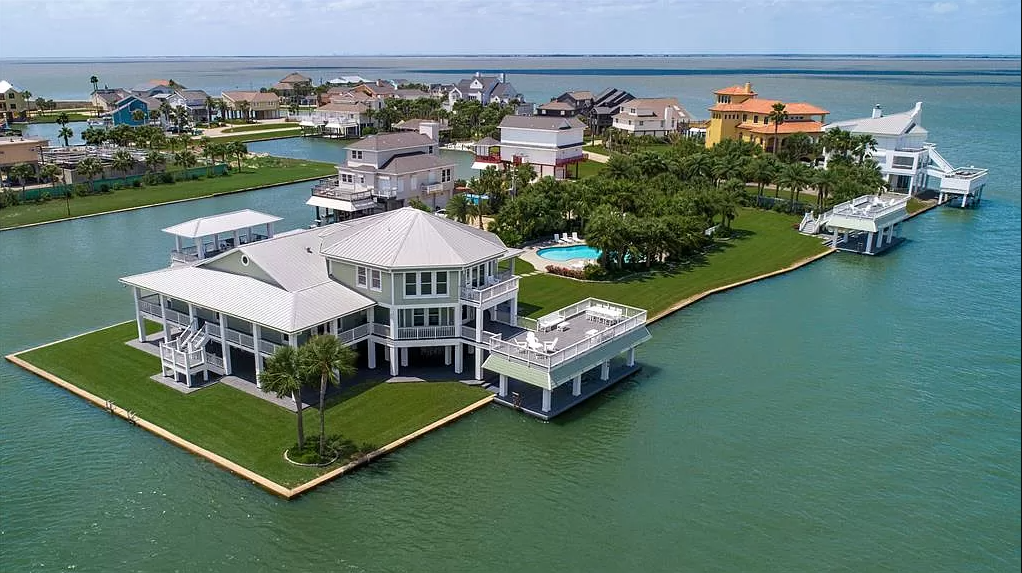 Dreams of Galveston bay-front living or waterfront escapes from urban congestion would be more than answer with a stunning 5,719 square foot mansion rising on more than an acre of pristine lawns on a peninsula at the edge of West Galveston Bay. Originally built as the Jamaica Beach Marina, which opened in 1965, the property has undergone an extensive two-year renovation which has resulted in a classic coastal dwelling for those enamored of luxury waterfront living.

The $3.75 million listing of 16502 Bayfront Drive with Laura Mudd of Douglas Elliman Realty goes live with publication of this story.

The evolution of the structure is intriguing. In its beginning, the yacht club in the village of Jamaica Beach boasted a full marina, restaurant and snack bar as well as spaces for meetings, parties, fireworks displays, fishing tournaments and more. It was the place to see and be seen in the Jamaica Beach swirl.

Today, the property represents the ultimate in a primary waterfront residence. Mature landscaping adds visual luxury to property where soaring palm trees flanking the lighted swimming pool and manicured gardens, all of which deliver a resort ambience.

Let’s begin from the ground up. Two guest bedrooms, a ground floor kitchen and a large family room for entertaining combine with two boat houses and fishing docks offering immediate access to the bay for the ultimate sportsman’s retreat.

The second floor or main level boasts an open living and dining room concept, a state-of-the-art kitchen and five guest rooms all with ensuite baths. Views to the bay and beyond are stunning. (In a previous incarnation, there were only three bathrooms in the entire property.)

The third floor is the space that makes this reimagined house at 16502 Bayfront Drive the ultimate for year-round waterfront living. It is totally private with separate home office, just what the doctor ordered, and with custom built-ins. The views from the top are spectacular. The primary bath includes a soaking tub and steam shower, white granite countertops and custom Italian tiled walls. 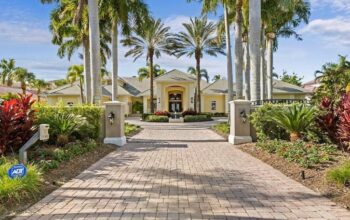 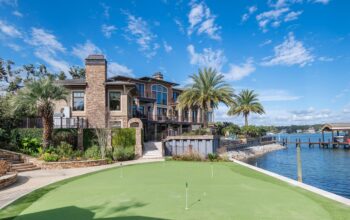 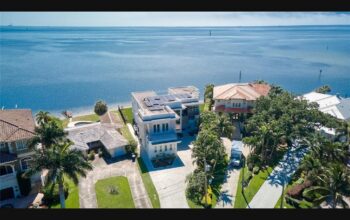 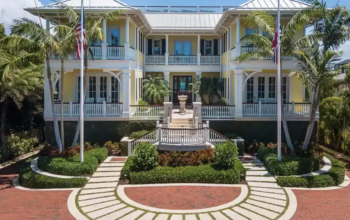