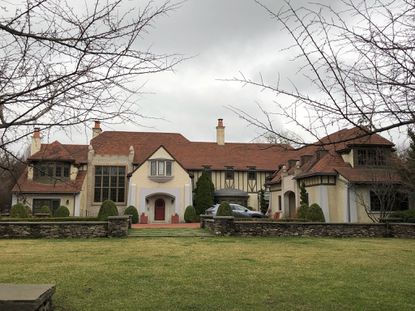 Built in 2007, the mansion, which is for sale through the real estate agents’ private listing network, carries one of the highest asking prices in DuPage County history.

The mansion has eight full bathrooms, three half bathrooms, five fireplaces, walnut plank flooring, ceramic stone floors with radiant heat, Lutron lighting, Waterworks tile in the bathrooms, a wine storage room, a golf simulator room, an elevator, an indoor basketball court, a steam shower, locker rooms and a massage room. Outside on the 1.45-acre property are a 60-foot outdoor lap pool, a gazebo and a brick driveway with parking for 12 cars.

If the mansion sells for anywhere close to its asking price, it would be Hinsdale’s highest sale price. The village’s current record purchase price was former Information Resources CEO Andrew Appel’s $7.67 million purchase in January 2021 of the five-bedroom, 17,581-square-foot mansion just across the street from the Loziers’ mansion. The sellers of that mansion originally had sought $8.9 million for it.

The highest asking price in history for a home in DuPage County is a five-bedroom, 15,453-square-foot French Provincial-style mansion in Naperville that is currently listed for just under $15 million. Other high-priced listings in county history include baseball great Frank Thomas once asking $11 million for his Oak Brook mansion but ultimately selling it for a county-record $7.95 million in 2003, a six-bedroom, 10,161-square-foot contemporary-style house in Hinsdale that was listed in 2013 for $9.5 million but finally sold in 2019 for a little less than $3 million, a 7,931-square-foot Wheaton mansion on 10 acres that in 2016 was listed for five days for $8.9 million, and a six-bedroom, 17,491-square-foot Naperville mansion whose seller had sought $8.75 million for it in 2015 but ultimately accepted $4.75 million for it in 2020.

Hinsdale’s second highest-priced listing is a five-bedroom, 11,968-square-foot mansion that has a price tag of almost $5.6 million and currently has a contract pending to sell it. 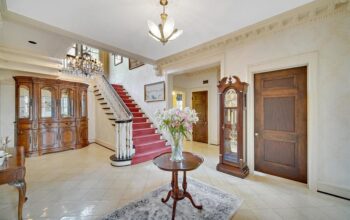 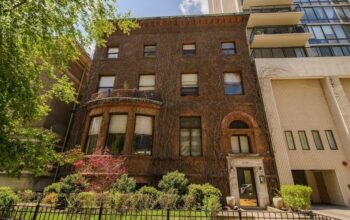 Mansion with tie to Winston & Strawn back on the market 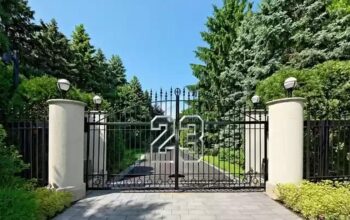