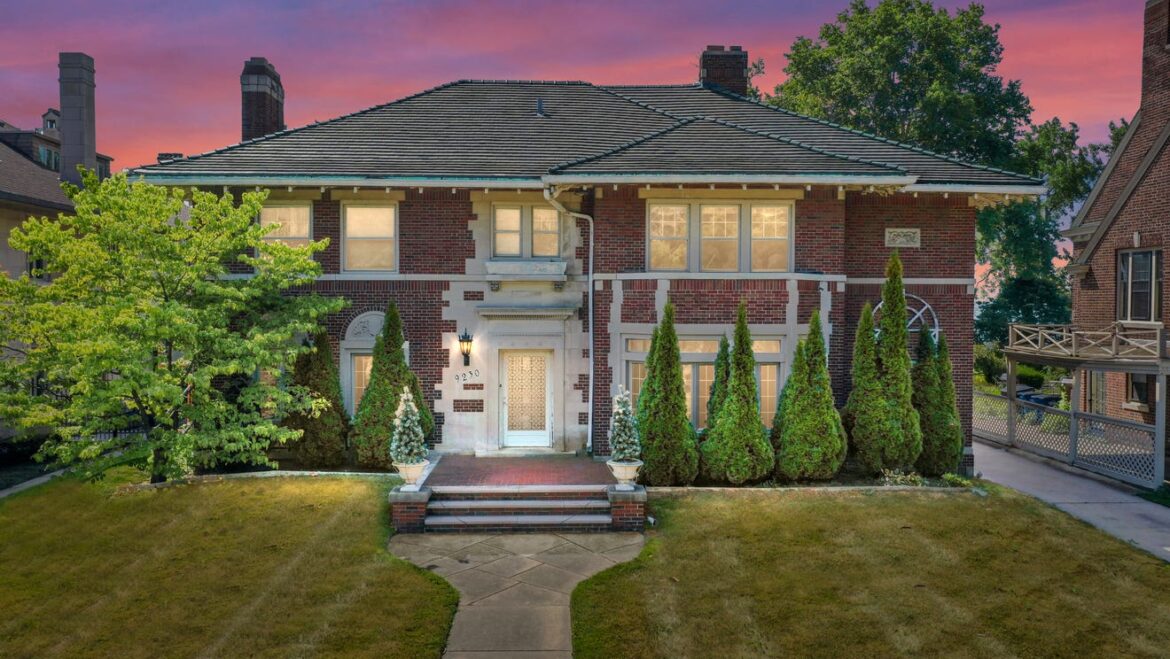 Only a handful of single-family houses in Detroit can claim to have direct, private water frontage along the Detroit River. A home on the city’s east side next door to the Manoogian Mansion is one of them and it’s on the market for $2.2 million.

This waterfront home built in 1921 on a 0.69-acre lot boasts direct views of The Detroit Yacht Club on Belle Isle and of downtown Detroit from its backyard.

The stately colonial at 9230 Dwight St. nestled in the Berry Joseph Subdivision, a historic district on Detroit’s lower east side, is available to purchase for the first time in nearly 30 years.

“My father actually sold them this house when they bought it,” said selling agent Jimmy Saros, of Saros Real Estate Services, about the current owner and her husband.

The house is next door to the mayor’s residence and a few houses away from a property once owned by Kid Rock, which was also recently listed at $2.2 million and was pending sale .

With an abundance of historic character, high ceilings, a grand staircase with original banisters, original crown molding, oak hardwood floors and tile, the home is estimated to have 5,458 square feet of finished, above-ground living space, according to the Realcomp listing.

It has six bedrooms, four bathrooms, four fireplaces and a sitting room with a Pewabic fountain that overlooks the water. The third floor features a large entertainment room with a pool table.

The well-manicured backyard has a pond and a circular driveway with a fountain in the middle that leads to a path to the three-car garage and boat garage that opens to the Detroit River.

“Like many waterfront properties, the backgrounds are really like the front of the house,” Saros said. “This is only one of three homes with a boat garage.”

The historic home also has modern-day features, with updated windows, central air conditioning, walk-in closets, including a walk-in cedar closet in the primary bedroom, and large, open rooms that flow into each other, unlike some older homes where rooms can be very divided. 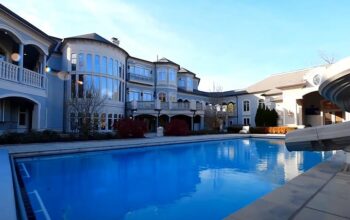 See Inside This $10M Michigan Mansion For Sale 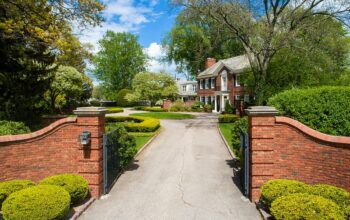 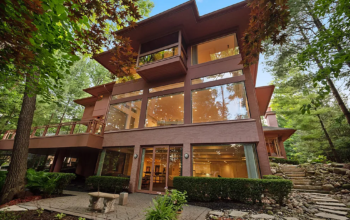 This Michigan Mansion Comes With An Interesting Color Choice 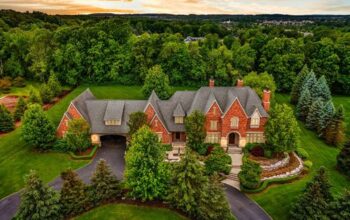