Earlier this summer, Nicole Richie and Joel Madden sold their 90210 home to music superstar Adele, Nicole’s close friend and the couple’s longtime next-door neighbor. But the Richie-Maddens aren’t straying far from their proverbial neck of the woods. Records reveal they’ve have splashed out $10.2 million to upgrade into a bigger, fancier house just up the hill, as it were.

The new house is actually only a five minutes’ drive away from the old house — and both are located high in the mountains above Beverly Hills, near the Coldwater Canyon section of town. While the former digs were in the exclusive Hidden Valley Estates enclave, the current place is tucked away within another guard-gated community known as The Summit, where other celebrity residents include Serena Williams, Hilary Duff, Pete Wentz and Sebastian Maniscalco. Britney Spears also owned a mansion within The Summit’s gates back in 2007, during the time of her infamous public breakdown.

Richie, 39, is the eldest child of Lionel Richie, who adopted her as a toddler. She rose to fame by appearing on “The Simple Life” with then-BFF Paris Hilton, and has continued to appear in various television projects ever since (“Fashion Star,” “Candidly Nicole,” “Great News”). She’s also recently expanded House of Harlow , her lifestyle brand that sells a line of jewelry, apparel and home goods products.

Madden, 42, is best known for cofounding pop punk band Good Charlotte, which came to prominence in the early 2000s with hits like “Lifestyles of the Rich and Famous,” “The Anthem” and “Girls & Boys.” He’s since appeared as a judge on “The Voice Australia” reality TV competition show. 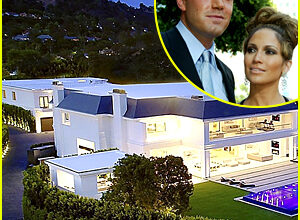 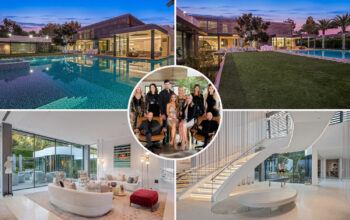