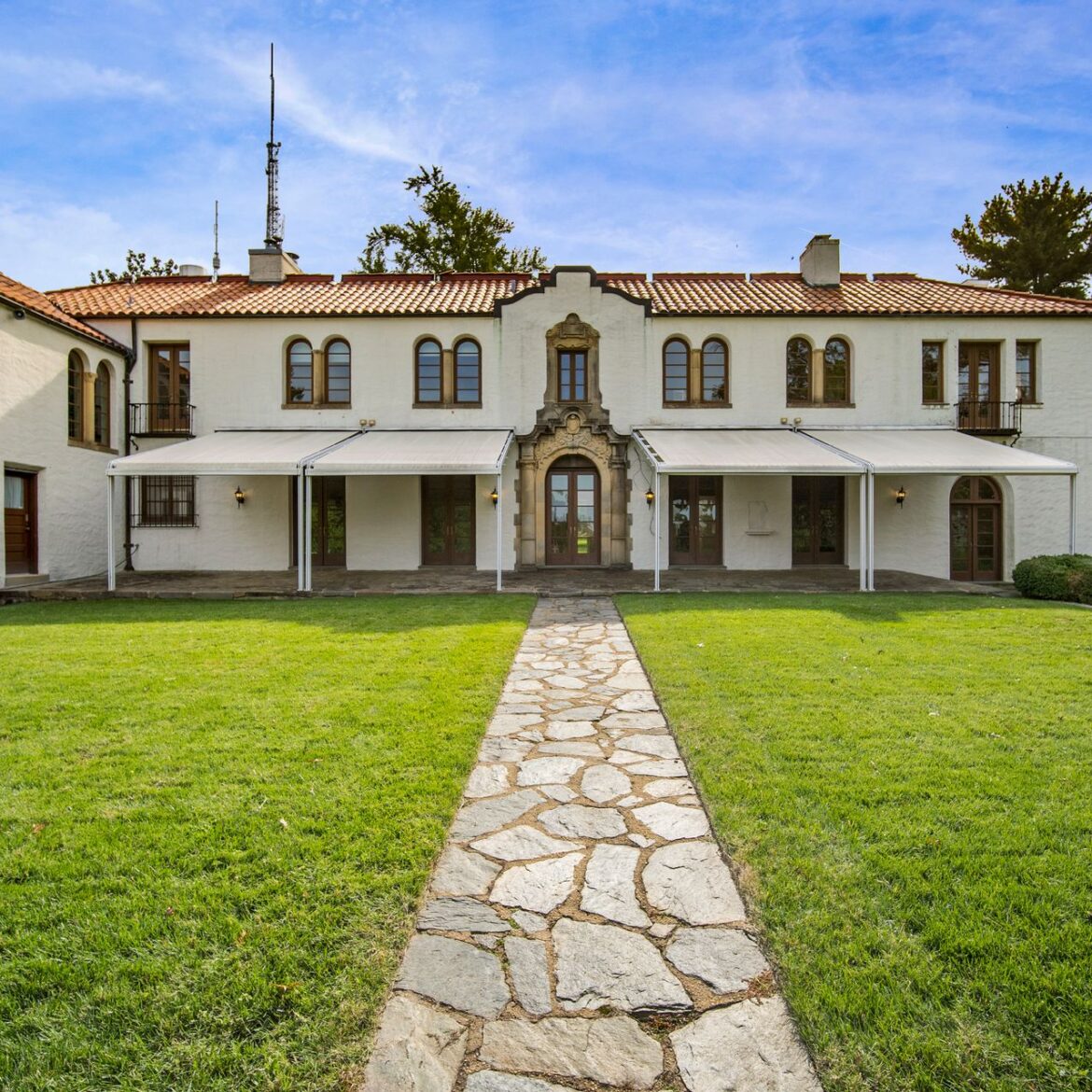 The Swedish government is listing its former ambassador’s residence in Washington, D.C., for $19.5 million. Be the first to know about the biggest and best luxury home sales and listings by signing up for our Mansion Deals email alert .

The Swedish government is listing its former ambassador’s residence—a mansion built for the founder of U.S. News & World Report—in Washington, D.C., for $19.5 million.

The roughly 12,200-square-foot home on almost 7 acres will be Washington, D.C.’s most expensive residential listing, said listing agent Cara Pearlman of Compass, who has the listing with colleague TJ Morton.

Located in the American University Park neighborhood, the house was built in the 1920s for David Lawrence, according to the Washington, D.C., Historic Preservation Office. Mr. Lawrence founded the United States News newspaper in 1933 and World Report magazine in 1946; they merged in 1948, according to a U.S. News & World Report spokeswoman. Built in the 1920s, the house measures about 12,200 square feet.

The house has two kitchens.

The house was purchased by the Swedish government around 1950 and has since been home to 12 Swedish ambassadors who have hosted parties, fundraisers and diplomatic meetings at the residence, said Karin Olofsdotter, the current Swedish ambassador to the United States. Ms. Olofsdotter lived in the house from 2017 to 2019 and hosted notable guests including Queen Silvia of Sweden and Madeleine Albright, the late former U.S. secretary of state, she said.

The Swedish government is selling the property because they wanted a modern residence in a central location for the ambassador, said Ms. Olofsdotter, who has relocated to a residence in the same building as the Swedish Embassy in Georgetown.

“I lived there two years and started to realize it’s a fantastic property, but the location, for a smaller country like Sweden, is too far outside town” to draw busy guests for lunch or dinner, she said.

The seven-bedroom house, which isn’t landmarked, needs an estimated $2 million worth of renovations and updates, said Ms. Pearlman. The house was built by David Lawrence, left, pictured around 1920. At right, Swedish Ambassador Karin Olofsdotter. Stucco with a red-tile roof, the house has two adjoining ballrooms on the first floor, along with a dining room and a commercial kitchen. Most of the bedrooms are on the second floor, along with private living areas and a second kitchen used by the ambassador’s family, he said. The home also has five fireplaces, two sunrooms and a library, he said.

Outside, the grounds contain a greenhouse and a lighted tennis court, said Mr. Morton. The property is especially large for the neighborhood, he said, and builders have expressed interest in subdividing and building on the land while preserving the house. One study suggested that roughly 22 detached homes or about 50 townhomes could be built on the property, said Ms. Pearlman. Mr. Morton said he could also see a wealthy buyer purchasing the property to use as a residence. 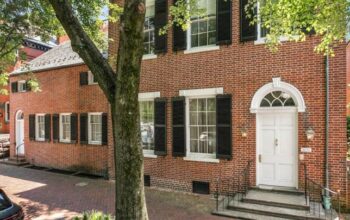 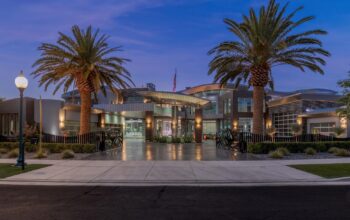 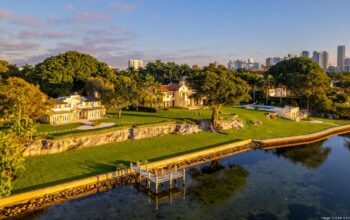 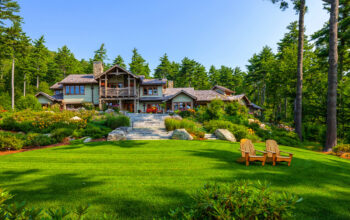