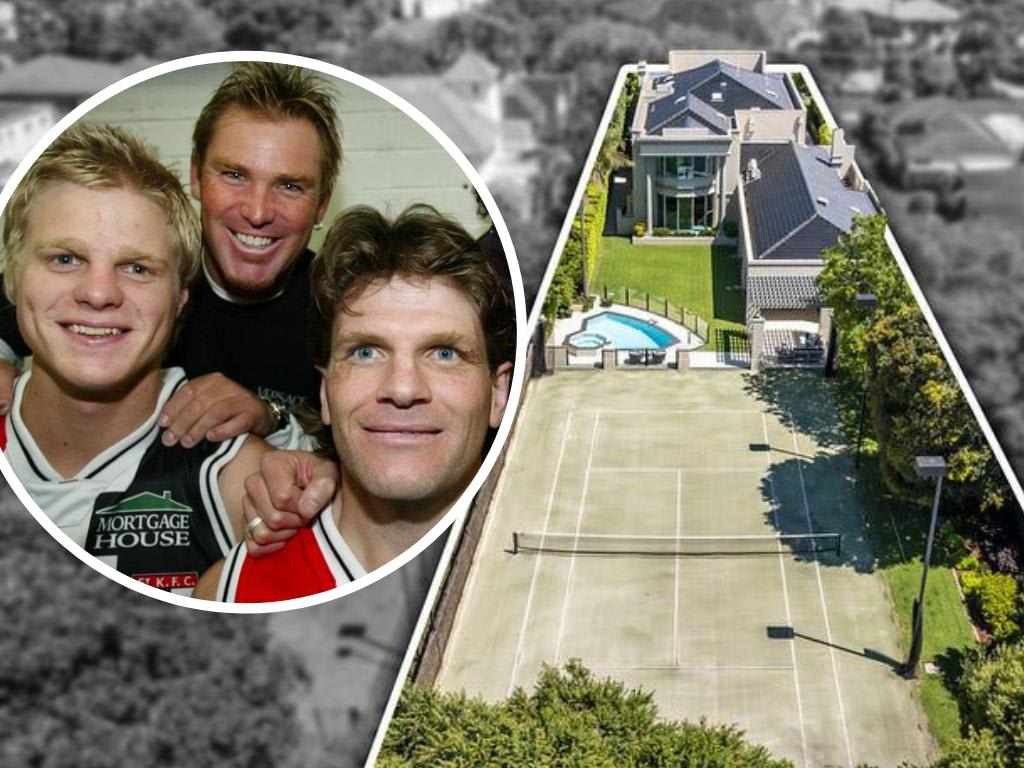 A stunning Brighton house where Warnie bowled flippers at Saints is up for sale.

An opulent five-bedroom Brighton mansion understood to have hosted the likes of Shane Warne and the St Kilda football club has hit the market for the first time in 16 years.

The 13 Park St pile stretches across a 2080sq m block and was built in the late 1990s for then owner, former Fosters Brewing Group chief executive Ted Kunkel.

Now, it’s been listed by Marshall White Bayside director Stephen Smith for a whopping $14.5m-$15.95m. The luxury home comes with a heated pool and spa. Opulence throughout. The stylish kitchen boasts a number of quality features.

“It was a custom build and it was built for entertaining,” Mr Smith said. “The layout of the home is unbeatable.”

Other notable owners included Australian businessman and former St Kilda football club president Rod Butterss, who Mr Smith said hosted a number of parties at the pad – including one in which late spin king Shane Warne was believed to have “bowled flippers to the whole football club out on the tennis court”.

The floodlit, mod-grass tennis court is accompanied by a heated pool and spa at the rear of the property, where an undercover outdoor terrace with a built-in barbecue also lies.

Inside, the home is packed with quality amenities, including lavish formal dining rooms and living areas featuring grand pillars and polished tiling.

This leads into a New York loft-style kitchen with American Oak cabinetry, curved Brazilian quartzite stone benchtops, Gaggenau and Miele appliances, and a butler’s pantry. Views of the tennis court and back yard from the main bedroom upstairs. Fancy a beer? The home was “built for entertaining”.

At the rear, a spacious rumpus room joins a gym and fully-equipped bar kitchen complete with beer taps, plus servery windows opening up to the outdoor entertaining area.

“It’s the perfect entertaining home, you couldn’t get a better position and orientation,” Mr Smith said. “(The vendors) have maintained it impeccably but someone might want to put their own splash on it.”

He added the home was suitable for family living, with buyer interest thus far indicating a strong appeal to local families. 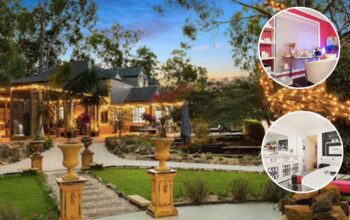 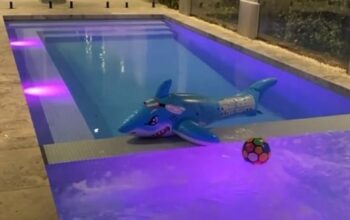 Lockdown isn’t so bad in Brighton! Rebecca Judd shows off her VERY cool illuminated heated pool at her $7.3million mansion in Melbourne 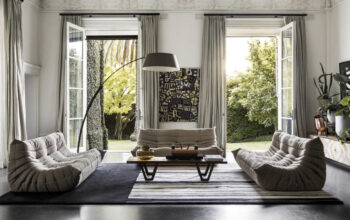 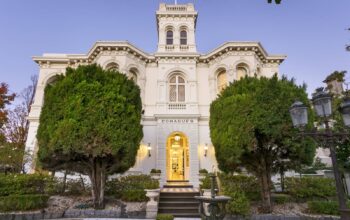