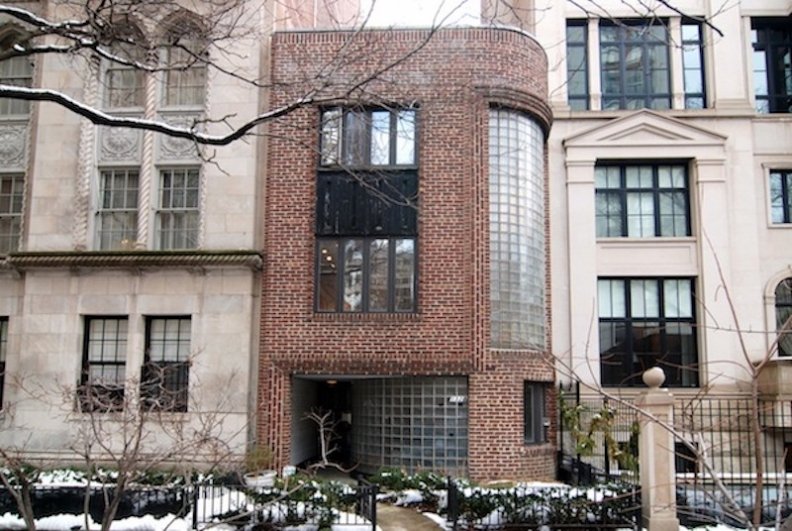 A Gold Coast mansion that combines the designs of two noted Chicago architects from different eras sold at nearly a million dollars off its 2006 purchase price.

The Florsheim Mansion on State Parkway was originally designed as two buildings in the Art Moderne style by Andrew Rebori in 1938. In the 1950s, Bertrand Goldberg designed a futuristic kitchen that bridges the two buildings, resulting in a single home. The home sold for $1.25 million on July 28. That’s a little less than a million dollars below the $2.23 million that the seller Russ Rosenzweig paid for the 4,500-square-foot, five-bedroom home in May 2006.

Rosenzweig first put the house on the market in 2010 at $2.5 million. It was on and off the market several times in subsequent years. In January, he cut the asking price for the 12th time, bringing it down to $1.25 million.

Reached by phone in Southern California, where he has relocated, Rosenzweig told Crain’s that after the State Parkway sale, “I feel liberated from the shackles of high mortgage debt and extremely high Cook County taxes.”

The big loss on the sale, Rosenzweig said, is a reflection of the fact that in 2006, “I paid too much because I really wanted [the house].”

According to the listing posted by Michael Rosenblum, the Berkshire Hathaway HomeServices Chicago agent who represented the property, it was sold as a short sale, meaning the lender permitted a sale at less than what the seller owed on the mortgage. Rosenblum said he believes the buyers plan a rehab.

Rosenzweig, who runs the Round Table Group, which helps connect attorneys with expert witnesses, said that he has rented the house out through Airbnb and VRBO for the past several years. That option “allowed me to weather this decade,” he said, but “it’s good to be no longer a hotelier.”

He was sanguine about the loss, saying: “Most of my business ventures have been very successful. It’s okay to have a failure.” He added that he met his present wife at a charitable event held in the house, so “in my mind, that’s an infinite gain, far more significant than any financial loss.”

When he bought the house in 2006, Rosenzweig told Chicago Magazine that he wanted to “reinvent the salon,”

Andrew Rebori, one of Chicago’s great architects of the Art Deco and Art Moderne styles , built the two original buildings, the front one for himself and the rear as a rental, with a courtyard between them. In the 1940s, Rebori sold both buildings to sculptor Lillian Florsheim , who had her son-in-law, Bertrand Goldberg, design a kitchen that would connect the two buildings.

Rebori’s structures are red brick, with a curved tower of glass block facing the street and wood and tile details inside by Edgar Miller, an eclectic artist of the period. Goldberg’s bridge is slender, made to feel a little larger with a bow-shaped outer wall. That wall is made with opaque fiberglass panels, which may have been an edgy choice at the time but does make for […] 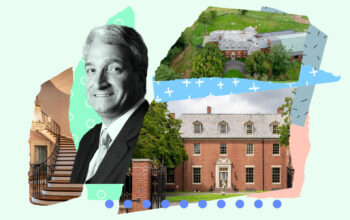 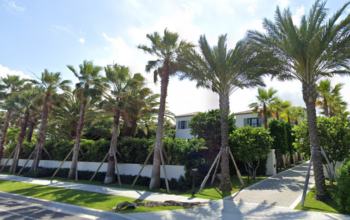