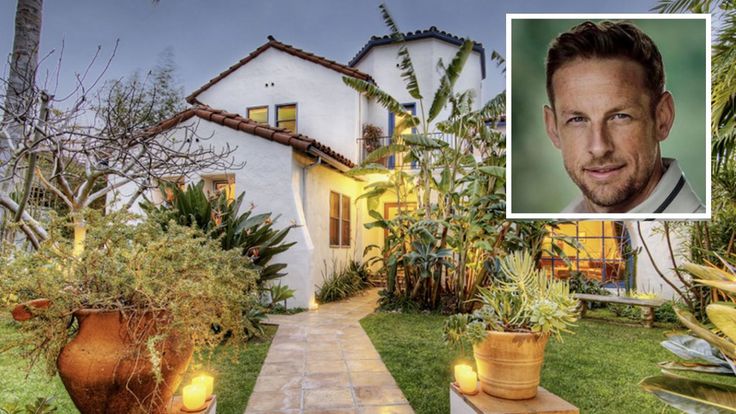 The property also sits on a decent 810 square-metre block in the affluent neighbourhood, and will serve as a great place for Button and his supermodel wife, Brittany Ward , to raise their two children. It’s not the 2017 F1 World Champion’s first soirée into LA’s red-hot property market.

Less than 12 months ago, Button and Ward spent close to $5m on a fixer-upper abode in California’s mountainous region between Calabasas and Malibu.

The couple also offloaded a huge six-bedroom Bel Air mansion in 2020, selling the lavish property for 11.9 million, far less than the pair’s initial asking price of $14m. Jenson Button and wife Brittany Ward have just purchased this Santa Monica home. (Realtor) Little is known about Button and Ward’s latest purchase, as the deal was done off the market.

However, the house is said to offer supreme privacy, courtesy of high hedges, as well as a security gate.

This will undoubtedly put Button at ease, given that the 42-year-old and his ex-wife, Jessica Michibata, were victims of a notorious home invasion and robbery back in 2015 . Jenson Button and wife Brittany Ward have just purchased this Santa Monica home. (Realtor) The former couple were holidaying at a friend’s villa in France when two assailants reportedly gassed the residence’s interior, knocking Button and Michibata unconscious.

Over $530,000 worth of jewellery was taken, including Michibata’s engagement ring, and Button was understandably shaken by the ordeal.

“It was a horrible situation,” Button said at the time, adding, “It is not a nice feeling knowing that someone is in your room going through your drawers just eight centimetres away from your wife’s head. That’s the horrible bit, really.” 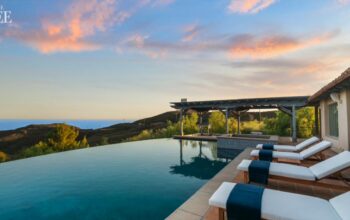