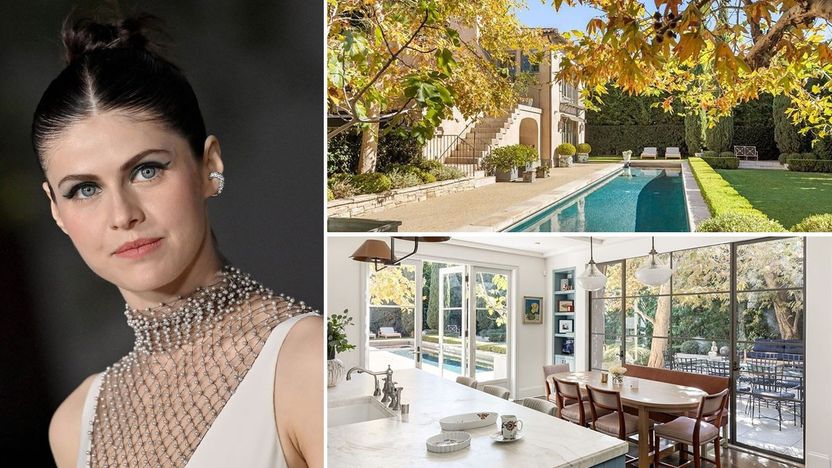 Actress Alexandra Daddario played a confused and ambivalent bride on “The White Lotus.”

But the star’s real estate transactions are very savvy.

Daddario and her husband, film producer Andrew Form , just sold the luxe Hancock Park estate for $7,675,000, after buying it for a discounted $7.3 million a little over a year ago.

The couple reportedly purchased the posh property from prolific “Shameless” creator John Wells , who originally put it on the market for $7.9 million.

The Mediterranean mansion, built in 1923, is a standout among the historic estates in Hancock Park, one of L.A.’s longest-established, exclusive neighborhoods.

Many a celebrity, including Muhammad Ali , Shonda Rhimes , and Antonio Banderas and Melanie Griffith , have been known to reside in the lush environs.

Drew Scott ‘s famous “ Honeymoon House ,” where he and his family currently reside, is also nearby.

But Daddario’s home is one of the area’s crown jewels. The residence once belonged to prominent architect William Hefner and acclaimed interior designer Kazuko Hoshino , whose signature styles remain evident. The home also has a “French influence,” according to the listing.

The property consists of an elegant main residence and a detached, two-story guesthouse. High-end materials include limestone, slab marble, and tile. Ornate iron and glass details can be found in both structures.

The two buildings offer a total of five bedrooms and 2.5 baths in 4,910 square feet of living space. There’s tons of natural light, which gives the rooms a large and airy feel.

The primary suite comes with a fireplace, walk-in closet, French doors, and a spa bath. The eat-in kitchen features Calacatta marble counters and island, and a country fireplace.

The manicured grounds include olive trees and sycamores, as well as patios, gardens, and a 60-foot lap pool. Tall hedges in front provide privacy from prying eyes and paparazzi.

Daddario, 36, made her career breakthrough in the “Percy Jackson” film franchise. Since then she’s been a standout on TV series such as “White Collar,” “Parenthood,” “True Detective,” and “Why Women Kill.” She was nominated for an Emmy for her work on “The White Lotus” and will star in the series “Mayfair Witches,” premiering in 2023. 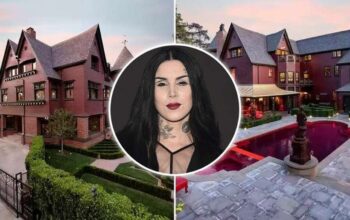 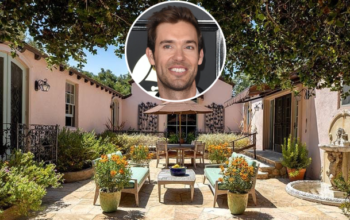 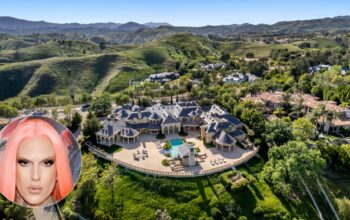 Jeffree Star profits on the sale of his $16.7 million Hidden Hills mansion 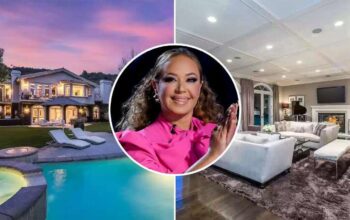